If your phone has ever lost service or died while you were using its GPS feature to navigate your way home from an unfamiliar area, you quickly learn how good (or how bad) your sense of direction is. Maybe you found your way home with relative ease or perhaps it took twice the amount of time. You probably eventually made it home (but maybe had to invest in a car charger to juice up your phone along the way).

Some people get lost on a daily basis – sometimes in surroundings that are not at all unfamiliar, such as in their neighborhoods or even in their own homes. If you have a tendency to get lost easily or feel like you have no sense of direction, have you ever wondered why?  Read on to learn more.

A Natural Lack of Sense of Direction

To better understand this disorder, it is best to understand how people who are able to successfully navigate their environment do so, with two main ways:

Most people use a combination of navigational strategies to get to our destinations. The store is north of town, toward Leesburg; if we drive there from Warsaw, the sun in the afternoon will be on our right.

The difficulty that people with developmental topographic disorientation face is that they often face a substantial difficulty forming a mental representation or map of the environment around them – or even of a scene that is familiar – while being able to recognize landmarks around them, including distinctive flagpoles or buildings.

The neural mechanism related to DTD isn’t widely understood but preliminary neuroimaging findings in patients with DTD have been linked with decreased functional connectivity between the dorsolateral prefrontal cortex (DLPFC) and the right hippocampus, which is essential for a map formation in humans. The DLPFC is associated with numerous cognitive functions, which are vital when it comes to spatial orientation as people move within, become familiar with and begin to form mental maps of their environments.

Other brain regions important for navigation include the posterior parietal cortex, the occipitotemporal and/or the parahippocampal regions, medial temporal lobes structures and the retro-splenial cortex. When any of these regions is damaged, directional disorientation can occur.

In one case study, a patient (referred to as No Longer Lost, or NLL) was examined who suffered from severe topographical disorientation after traumatic brain injury. NLL was administered imagery-based treatment (IBT) for 8 weeks, which was inspired by human spatial navigation models. After the IBT was completed, NLL experienced improved navigational skills. This study and others provide new insights into human spatial navigation and offer hope for helping those who suffer from the condition, whether they suffer from brain injury or not.

If you are concerned about your sense of direction or have other neurological issues, please reach out to us for a neurological evaluation at NeuroGrow.com.

This blog was written by Ms. Courtney Cosby and edited by Dr. Majid Fotuhi. 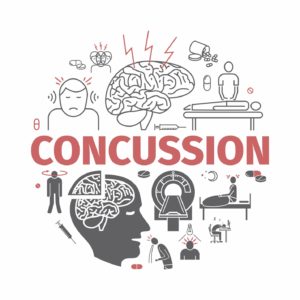 If you have any questions or would like to request an appointment, please call us or complete the information below. If you are already a patient with us, you can contact us using your patient portal.

We will do our best to get back to you in a timely manner.