Revamp Your Brain, Change Your Life

Dr. Fotuhi began his research as a graduate student in the department of neuroscience at Johns Hopkins University in 1987. He studied the cellular and biochemical properties of glutamate receptors in the brain that are implicated in stroke and neurodegenerative conditions. After receiving his degree, he continued his work as a post-doctoral fellow at Massachusetts General Hospital and studied the distribution of subtypes of glutamate receptors in the hippocampus, the area of the brain that is critical for learning and memory.

His subsequent research as an assistant professor of neurology at Johns Hopkins and the director of Center for Memory and Brain Health at Sinai Hospital focused on the role of NSAIDs and nutrition (especially anti-oxidant vitamins and omega-3 fatty acids) on brain performance in the elderly. He then analyzed the neuroscience literature about the role of diabetes, obesity, concussion, and hypertension in causing hippocampal brain atrophy with aging and realized that a great deal of late life dementia can be attributed to modifiable risk factors associated with healthy vs un-healthy lifestyle choices.

Based on these findings, Dr. Fotuhi formed an independent brain center in 2011 and developed a multi-disciplinary “Brain Fitness Program” for patients with cognitive impairment due to aging, vascular diseases, and/or post-concussive disorder. This program has been quite effective in improving the cognitive function in his patients and, in some cases, there is a measurable increases in the volume of the hippocampus. Dr. Fotuhi is now interested in optimizing this brain rehabilitation program for patients with other neurological conditions.

Dr. Fotuhi’s peer-reviewed research has been published in a number of medical and scientific journals.

Dr. Fotuhi regularly gives lectures and interviews for local, national, and international organizations. If you are interested in scheduling a lecture or interview, please contact us at info@neurogrow.com.

Here is a list of lectures delivered by Dr. Fotuhi in the last 5 years. 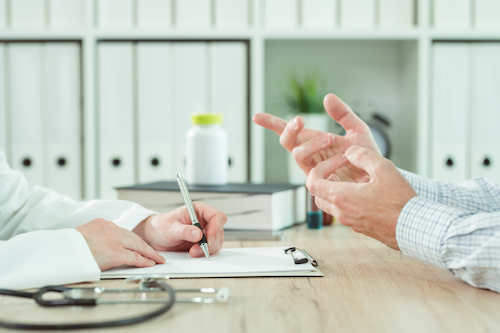