Pulling an all-nighter was once a badge of honor, a sign of a truly dedicated student or employee. However, research increasingly suggests that sleep deprivation, intentional or otherwise, may not be a smart choice. Lack of sleep can affect a person’s cognitive functioning as soon as the next day, and sustained lack of restful sleep can contribute to sustained cognitive decline with aging. 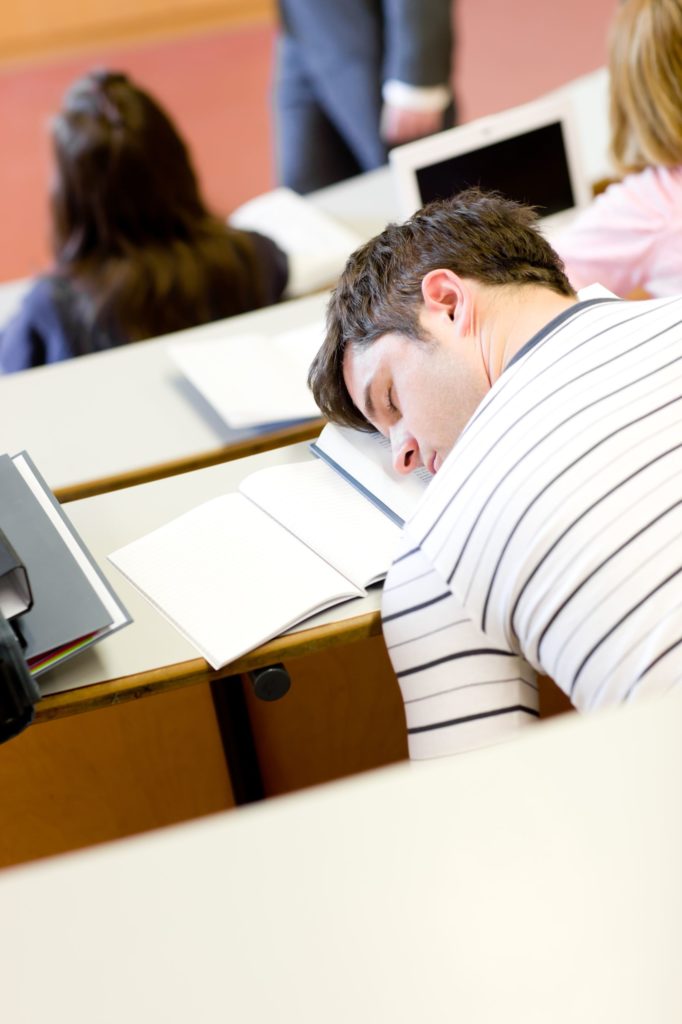 If you’ve ever noticed that you have trouble processing information after a night of poor sleep, you’re not alone; lack of sleep can actually slow your neurons’ ability to communicate and interpret sensory information. One study found that a lack of sleep affected visual perception and memory, which some experts liken to the effect of alcohol. This reduced processing speed and altered decision-making means that driving after an all-nighter is similar to driving while under the influence. Researchers also noted “sleep-like waves” cascading through the brain in subjects who were sleep deprived, suggesting that certain parts of the brain were asleep and causing lapses in concentration, even when they were awake and seemingly alert.

If you generally sleep well, the occasional night of poor sleep shouldn’t have any long lasting impact on your cognitive functioning. But if you are not able to sleep deeply on a regular basis, you need to figure out what is causing your insomnia  – and have it treated soon.

Another sleep condition, called sleep apnea, is equally bad for your brain. If you have sleep apnea, you may be sleeping through the night but still be exhausted during the day. It is characterized by snoring and pauses in breathing, meaning that an individual with sleep apnea does not intake enough oxygen while asleep. Sleep apnea affects 25 million American adults, and it is on the rise: some experts estimate that 26% of adults between the ages of 30 and 70 suffer with some form of sleep apnea. In addition to the elevated risks of high blood pressure, heart disease, stroke, and diabetes, sleep apnea may be a contributing factor in an individual’s cognitive decline. 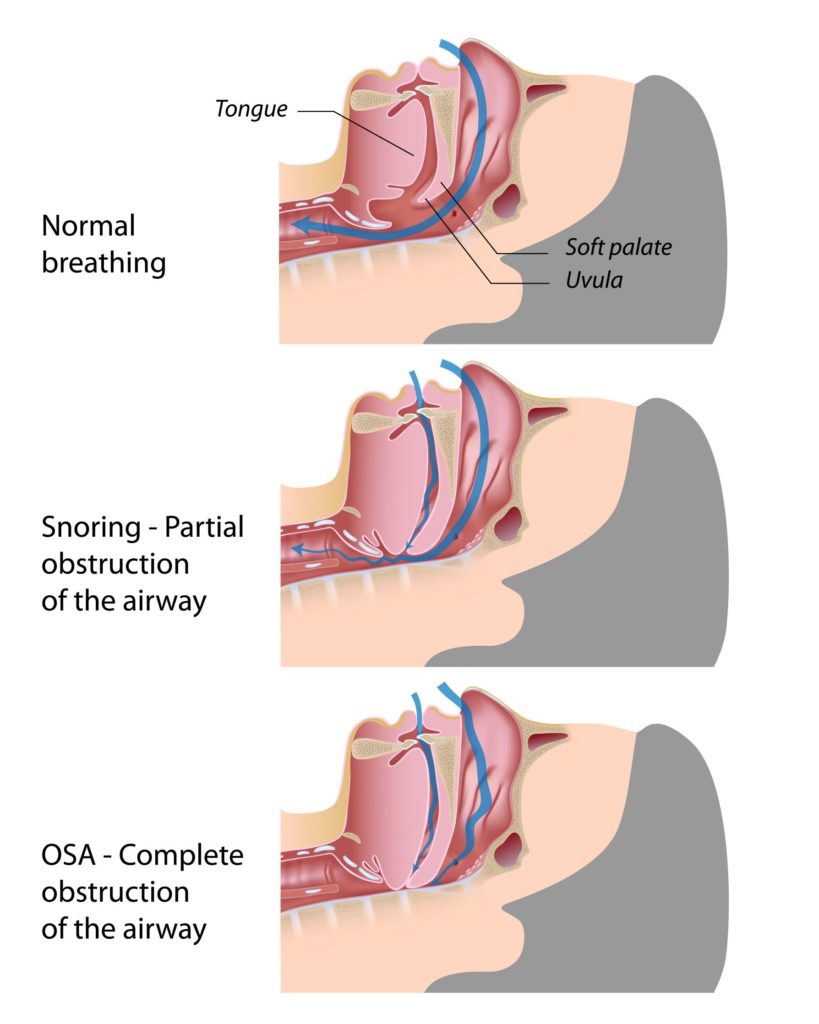 The second type, called obstructive sleep apnea (OSA), is far more common and occurs when the throat muscles relax and the airway closes, limiting air intake during sleep and starving the brain of oxygen.  The brain realizes that it is not getting enough oxygen and wakes the body from sleep in order to take a few big breaths. If you have OSA, you may not remember these awakenings as they are usually short. But if you snore, wake frequently during the night gasping for air, or feel like no matter how much you sleep you never feel rested, you should talk to your doctor about the possibility of obstructive sleep apnea.

Sleep apnea can have a huge effect on your cognition. One new study, published a few months ago in the Annals of American Thoracic Society, found that 48% of adults who were referred to sleep clinics for suspected OSA scored below the normal cognitive function cutoff on the Montreal Cognitive Assessment Test. This number rose to more that 55.3% in patients who were eventually diagnosed with moderate or severe OSA. Older men with moderate-to-severe OSA and concurrent vascular issues were more at risk. Overall, moderate to severe OSA suggests a 70% higher likelihood that an individual is experiencing mild cognitive impairment as compared to an individual with no OSA. 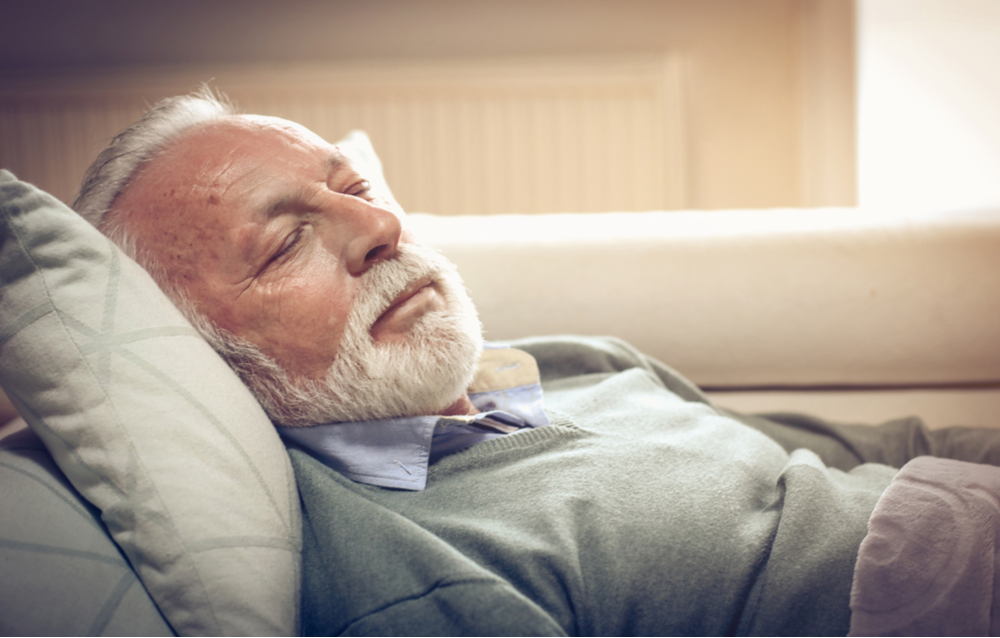 The good news is that there are lots of options for treating obstructive sleep apnea. The most common is a continuous positive airway pressure (CPAP) machine, which comes with a mask that fits over your face to ensure that your airways remain open while you sleep. For those who find the masks uncomfortable, oral appliances that keep the mouth open may be a good option. These devices will manage your sleep apnea, but not cure the underlying problem; for that, you may need a combination of weight loss, exercise, and other healthy lifestyle choices, as obesity, alcohol, and frequent smoking all contribute to OSA. All of these choices can help you manage your OSA and increase your cognitive functioning for years to come.

If you are interested in improving your sleep and cognitive health, check out our holistic Brain Fitness Program or call NeuroGrow to schedule an appointment.

This blog was written by Eve DiMagno and edited by Dr. Majid Fotuhi.