Understanding Dementia and its Impact

Dementia is a common problem among older people that affects the ability to remember, think and make decisions. It is a common fear of those facing old age and is a growing concern among baby boomers today. According to a recent article, more than 5 million Americans have been diagnosed with dementia.  About 5% of people aged 71 to 79 suffer from its impact, while nearly 37 percent of those moving into their 90s live with dementia. Experts expect these numbers to go up. 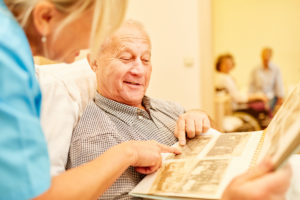 Dementia is not in and of itself a disease but instead is a term used to describe a set of symptoms associated with impaired cognitive function and memory. But beyond a set of symptoms, dementia is a human experience that affects lives in multiple ways – some of which can be quite challenging. It is important for those who the condition affects (including caregivers and family members of those who have it) to understand what dementia is and how it can affect those who suffer from it.

Many people approaching their senior years worry about experiencing a loss of function and the costs associated for those who care for them. The estimated lifetime cost of care for a person with Alzheimer’s, which is the most common form of dementia, is estimated to be nearly $330,000 according to a 2018 study; however, that cost is sure to rise in the coming years.

Living with dementia also has a sizable emotional, psychological and social impact on a person. Many people with the condition find it  difficult to adjust to and describe the impacts they have experienced as a series of losses. They lose loss of confidence, self-esteem, social relationships and roles, the ability to carry out favorite hobbies or activities, everyday life skills, and independence.

It is also important to understand that memory loss alone is not enough for the diagnosis of dementia. A detailed doctor’s exam is required for diagnosis – and sometimes brain imaging is necessary. There are many types of memory loss that are due to different causes.

Everyone experiences cognitive changes as they age, including a decrease in their memory. Perhaps you run into someone in public but can’t remember their name until later. Or maybe you forgot where you set your wallet. This is a normal part of life and aging.

The problem becomes larger when your forgetfulness becomes repetitive, such as forgetting the name of a person you see on a daily basis or regularly losing track of your keys or wallet.

If you have troubles with memory but it doesn’t interfere with daily lifestyle activities like getting dressed, eating, and hygiene, then you may have what is called mild cognitive impairment. This can be diagnosed by your doctor and monitored. 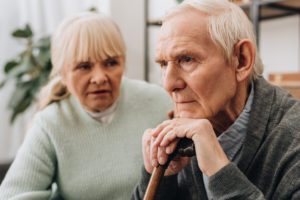 Although many memory problems are normal and manageable, in some cases it can be a clue to early cognitive decline. If you or a loved one deal with symptoms such as confusion, forgetting loved ones, getting lost, or dealing with inability to perform cognitive tasks that were previously easy, dementia might be the culprit. According to the Alzheimer’s Association, other signs of dementia may include difficulty with:

Dementia-related problems start out slowly and worsen gradually over time. If you or someone you care for experiences memory difficulties or other changes related to thinking, you need to discuss this with your doctor. Your brain-related symptoms can be due to a number of conditions such as vitamin deficiency or poor sleep.

A person with symptoms of dementia may be be frightened and as such avoids reaching out for help; this is very normal. But undiagnosed or unacknowledged dementia is an even greater problem. It is important to act decisively and make sure that your health or the health of your loved one is in good hands.

To learn more about how you can improve your memory and reduce your risk for dementia, please contact us at NeuroGrow.com.

This article was written by Mrs. Courtney Cosby and edited by Dr. Majid Fotuhi.