We all know someone that has been diagnosed with ADHD and suffered negative side effects from medication used to treat it. But what if there was a non-medication way to address ADHD symptoms? For many patients, neurofeedback may be an effective way to treat ADHD.

According to the CDC, 11% of children in the US between the ages of 4 and 7 suffer from attention deficit disorder. A significant portion of these children take stimulant medications. Unfortunately, many of these medications produce negative side effects, stop working after a while, or do not control a patient’s symptoms.

Common side effects of ADHD medications like Adderall include:

Fortunately, there are now non-medication options for treating symptoms of ADHD. Several peer-reviewed scientific publications have provided strong evidence for neurofeedback as an alternative ADHD treatment that reduces impulsivity and increases attentiveness and executive function. Neurofeedback helps patients become calm and focused, without causing any significant side effects. 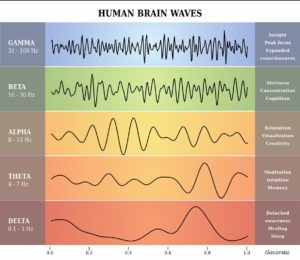 One aspect of neurofeedback that makes it so promising is that the benefits continue long after treatment is over. This was shown in a study by Vincent Monastra, Ph.D., who is a psychologist specializing in treatment of ADHD. All of the 100 children in his study were taking medications for ADHD, but only half of them were also receiving neurofeedback. According to Monastra, “The patients who took medications (but did not receive neurofeedback) lost most of the positive effects of treatment one week after they were taken off their medication. Those who combined medication with neurofeedback, maintained their ability to control attention long after the study was over. After neurofeedback therapy, some patients were able to reduce their medication dosage by over 50%.” This indicates that neurofeedback can treat ADHD symptoms for some patients.

What is Neurofeedback and Brain Mapping?

Your brain is always emitting different types of brain waves, depending on your physical and emotional state. When you are sleepy, “slow” brain waves called delta and theta waves dominate your brain. When you are busy or anxious, “fast” brain waves called beta run the show. Some people, however, have more than their share of these common brain oscillations. For example, patients with ADHD have excessive levels of theta brain waves, whereas those who suffer from anxiety or OCD have excessive levels of beta brain waves.

Neurofeedback therapy is based on the concept of neuroplasticity – which means your brain wave pattern is malleable, and that with practice, you can improve your brain waves to feel relaxed, focused, and happy.

The initial step for neurofeedback is to obtain a “brain map”, which involves learning your baseline brain activity patterns. To measure your brain wave pattern, 19 sensors are embedded in a cap (similar to a swimmer’s cap) that is placed tightly on your head. As you sit calmly in a comfortable chair, these sensors detect and record your brain’s electrical activity, just like an EKG can detect the electrical activity of your heart. Instead of an EKG record, they generate an EEG record, which a neurologist can read and interpret. This “quantitative EEG” gives an overview of how your brain is working; it shows if you have too much fast or too much slow wave activity. With this 30-45-minute procedure, you can literally see your brain waves, and understand if your brain wave pattern is calm and harmonious, or racing and erratic. 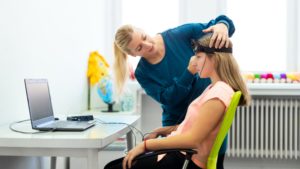 What Happens During a Neurofeedback Training Session?

Neurofeedback is a form of biofeedback. Instead of information about your body, you are given information about your brain waves and then rewarded when you improve them. To begin a neurofeedback session, an EEG technician places 2-4 small sensors on your head as you sit comfortably in front of a TV screen. A movie you select is turned on and you sit back, relax, and watch your movie. While you are enjoying your movie, the sensors on your head detect, record, and monitor your brain waves. 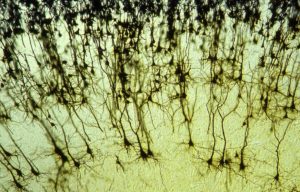 Patients at our center receive neurofeedback twice a week for 12 weeks. With each session your brain gets a little better, and over time the changes in your brain waves result in anatomical changes that make your brain bigger and stronger. Research studies show that parts of the frontal lobes of the brain, important for attention, concentration, and multi-tasking literally grow larger in volume, which is one reason the benefits of neurofeedback are long lasting.

Using neurofeedback, children with ADHD can learn to create the brainwave patterns associated with sharper focus and a calmer mind. As a result, they experience an overall reduction in their ADHD symptoms, such as distractibility, impulsivity, and hyperactivity. As an interactive and non-invasive treatment that helps strengthen and retrain our brains, neurofeedback can effectively treat ADHD with little to no side effects. No wonder there is such interest and research around this alternative treatment!

To learn more about brain mapping and neurofeedback services at or brain center, please visit our website: https://neurogrow.com/services/eeg-based-neurofeedback/

This blog was written by Emily Lipstein and edited by Dr. Fotuhi