Social media has changed the way we connect with each other and the ways we think about ourselves. The number of people using these platforms skyrocketed in recent years and society is only just beginning to understand its negative effect on body image. While there is no single cause of eating disorders, researchers have found strong links between social media use and the development of eating disorders. 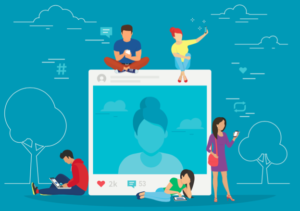 Eating disorders are a major public health issue and can cause serious long-term health problems including heart failure, neurological damage, and gastroparesis. Sadly, data shows that the number of eating disorders cases is on the rise, especially among adolescents. 69% of children now have their own smartphones by the age of 12, and 72% of teens now use social media daily.  Only recently have studies begun to examine how those platforms impact an individual’s self-concept.

Since human beings are inherently social creatures, the lure of social media is clear. While these platforms offer many opportunities for new connections and interactions, they also allows for rampant social comparison. Popular culture promotes a particular type of appearance as “ideal”, which currently centers around thinness. Before social media, people may have seen this standard on TV or in magazines, but now they have the opportunity to actively engage with it in a social context.

Social media has a highly interactive format and encourages connection, not only with friends and peers, but also to various celebrities, models, and brands. It feels far more personal and offers the illusion that the user is less emotionally separated from the people they admire or aspire to emulate. Thus, these platforms have potential to create a deeper emotional impact on their users than they may be aware of. 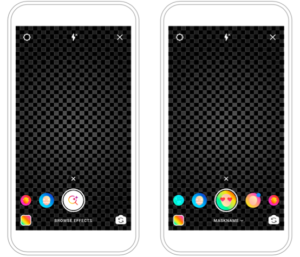 While there are many positive aspects to these platforms, there is also a potential for significant damage. With its interactive format, social media offers a constant and active space to engage in social comparison. With photo and video editing features, beauty standards become increasingly unrealistic and can easily lead to severe body dissatisfaction. Young people, women especially, have been found to be particularly vulnerable to the effects of social media.

Teens, “tweens” (children aged 8-12), and young adults are in a time characterized by many bodily and developmental changes, all while attempting to figure out who they are. In this stage, they are wired to be more absorbed in their social relationships and they are more likely to internalize feedback they get from their surroundings as they attempt to form their own identity. Additionally, the parts of the brain responsible for reasoning and decision-making are not yet fully developed, which can increase the risk for confusing the perfectly edited photos or videos on social media for actual reality. Not only do these combined factors increase the risk for negative body image, but also the risk of developing anxiety and depression.

When examining this phenomenon, one study found that having even just one social media account was associated with greater thin ideal int 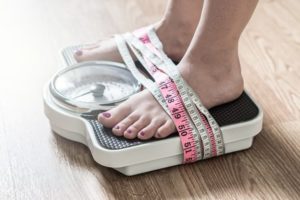 ernalization, body surveillance, and drive for thinness in a large sample of adolescent girls. Additionally, higher numbers of friends or followers and more time spent on social media platforms was correlated with higher level of body dissatisfaction. Other studies found that those who used social media consistently were more likely to have negative body image and engage in disordered eating behaviors such as food restriction and compulsive exercise. Overall, research has consistently shown that there is a strong connection between developing an eating disorder and social media use.

While there are multiple factors that determine whether an individual develops an eating disorder, research shows that use of social media increases the risk, especially in adolescents. This does not mean that you should never use social media. However, it does mean that you should be aware of how it may be affecting your own self-image and self-esteem in order to prevent this damage.

Disordered eating behaviors often go hand in hand with anxiety. If you are feeling unusually stressed out or anxious lately, check out this post to learn how neurofeedback at NeuroGrow Brain Fitness Center can help! To schedule an appointment, click here or email us at info@neurogrow.com.

This blog was written by Lizzie Lewis, and edited by Dr. Majid Fotuhi.